HARRISBURG – For the second time in two weeks, Acting Secretary Veronica Degraffenreid and other officials from the Governor’s Department of State failed to attend a public hearing of the Senate State Government Committee on Senate Bill 878, a bipartisan bill that would implement recommendations of the bipartisan Senate Special Committee on Election Integrity and Reform, after previously agreeing to attend. 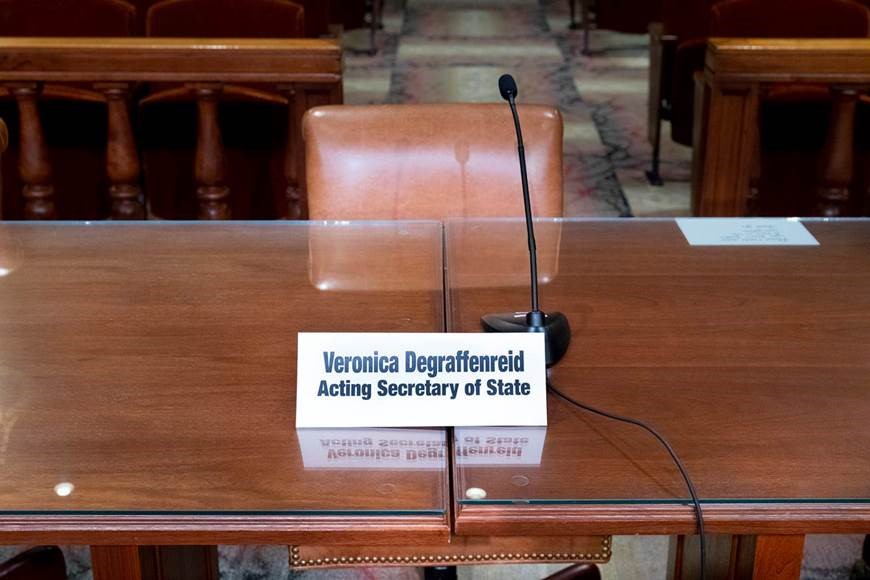 “When the Governor was studying at Dartmouth, the University of London, and MIT, he certainly reviewed the very basic, fundamental concept that in our system of government, he’s bound by the Constitution to share powers with the Legislature, not act unilaterally like a King.  I cannot understand the unwillingness of the Acting Secretary of the Commonwealth to appear today, at a time and date the Department agreed to weeks ago,” Argall said.

“The Department of State has been a very troubled department in recent years, with a high degree of turnover at its top position – much higher than usual.  Both Governor Rendell and Governor Corbett had just one Secretary during their respective tenures, while Acting Secretary Degraffenreid is now the fourth to serve under Governor Wolf.  Now, Senate Bill 878 is the product of months of public hearings and collaboration between both Republican and Democratic Senators, local elections officials, county commissioners, and other elections officials from across the nation.  To move the bill forward, it would be very helpful to actually discuss the issue, in public, with the Acting Secretary of the Commonwealth, as we had previously agreed,” Senator Argall noted.